For the first time, humanity has seen an actual black hole. This achievement took supercomputers, 8 radio telescopes on five continents, hundreds of researchers, and vast amounts of data to accomplish.

The results from this project, called the Event Horizon Telescope, were announced on 10 April 2019.

The results helped to confirm (again) Einstein’s theory of general relativity, and it gave astrophysicists an unprecedented close-up of these enigmatic, dense celestial phenomena.

Without further ado, here is the first image of a black hole: 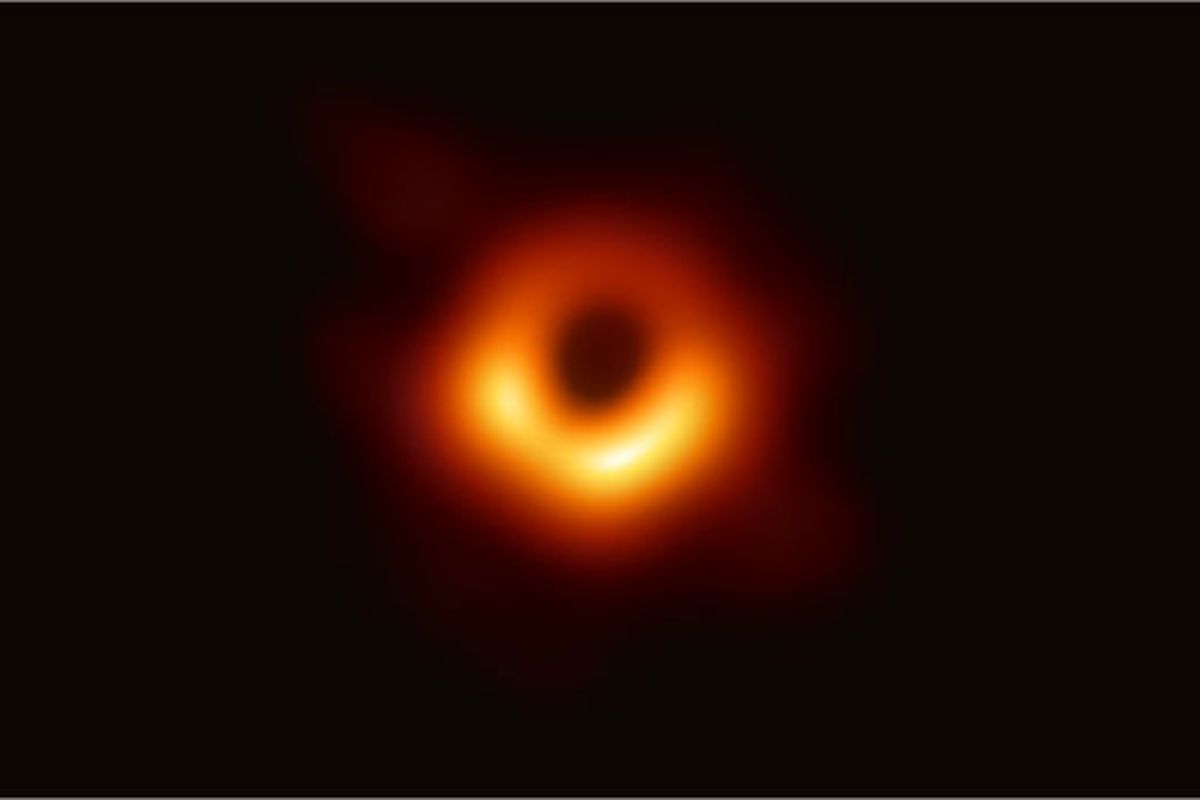 The picture, a circular black shadow encircled by a bright orange ring, shows the black hole at the center of the huge galaxy Messier 87 (M87), which is located about 55 million light-years from Earth.

The black hole in this galaxy has a mass that the Event Horizon Telescope researchers estimate to be 6.5 billion times more massive than our Sun. “M87’s huge black hole mass makes it really a monster, even by super massive black hole standards,” Sera Markoff, an astrophysicist at the University of Amsterdam, said at a press conference today. “You’re basically looking at a super massive black hole that’s almost the size of our entire Solar System.”

In addition to being gargantuan, M87’s black hole was intriguing to researchers because of some other unique features. In some earlier pictures of the galaxy, they noticed a massive jet of plasma streaming out from its center. Scientists think that the jet is made of material that never quite made it into the event horizon of the black hole. Instead, their observations suggest that the movement of M87’s black hole (which researchers believe is spinning rapidly) accelerates nearby subatomic particles and sends them shooting out into the universe, a beacon to distant astronomers.

In the end, that data was the “equivalent to 5000 years of mp3 files” according to Dan Marrone, an astronomer and co-investigator of Event Horizon Telescope. It was recorded onto half a ton of hard drives and then physically sent to centralized locations where it was analyzed by supercomputers for months in order to get the image we see today.

is a link of another post of mine about photographing a black hole.

Thank you for reading my new article. Hope to hear you soon!